Here's the table that controls all the battles. You can see it by opening the building menu, research lab, shipyard and defense :

It is actually simple to understand : the line attacks the column

Each spaceship or defense has three types of strikeforce, depending on his target :

It is very important to build a well-balanced fleet and adapt it to your opponent. 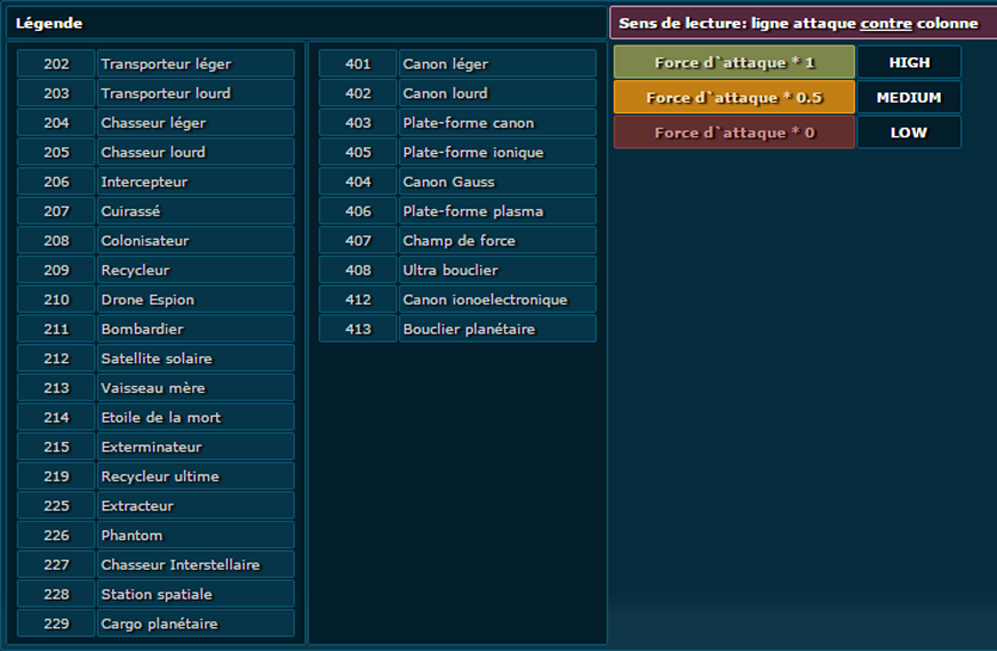 SpaceDestiny has a unique combat module, the attacker and defender fire at the same time at each round, there is no . It is controlled by the “Fire-Engine” algorithm, which controls spaceships and defenses on the battlefield.

Ship-targeting, aforementioned, is inseprable from the Fire-Engine algorithm. It works as following :

If there aren't any greens left : 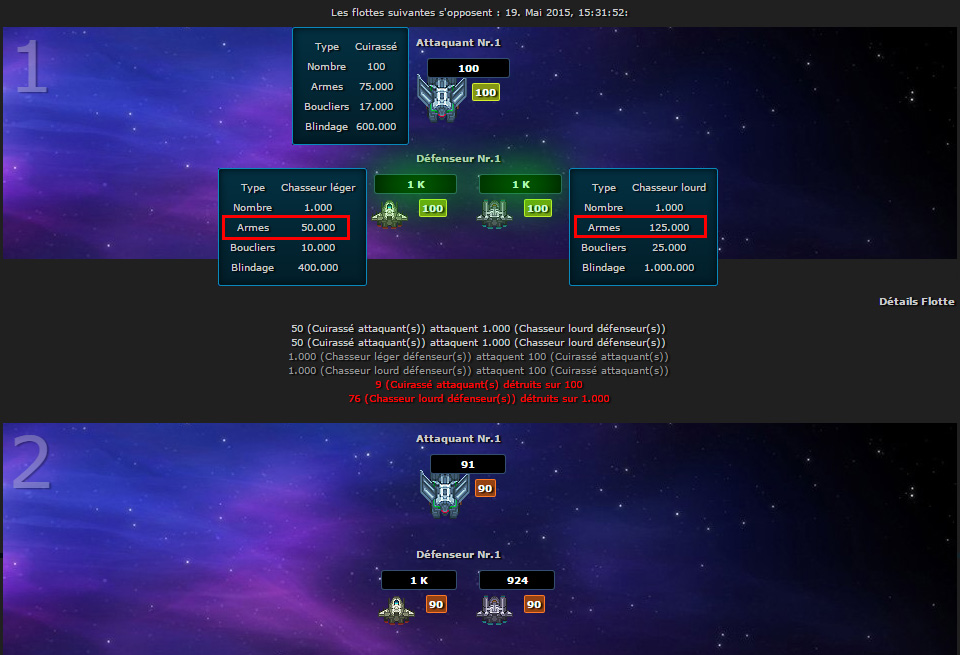 Battle scenario : The light laser turrets have three targets. They will first target the light fighters, as they are their only green target. Once they are destroyed, they'll get to the orange target with the strongest attack; in this case, the cruisers (Attack strenght : 1.875.000). Again, once they're destroyed, our turrets will take on the battleships. SpaceDestiny has a roleplay approach for all its characteristics. And the shield is a perfect example of that, as it will only protect your defenses, not your spaceships.

Your shield will put itself between an enemy fleet and your targeted defenses.

Heavy fighters will target the light laser turrets first (Attack strenght : 500.000) and the shield will then put itself between those heavy fighters and the turrets, until the defense gets destroyed entirely.